Embroidery is a millennia-old  craft and art form, practiced predominantly by women and passed down from mother to daughter. The craft has morphed and adapted over time as new technologies have influenced it. New dyeing methods, synthetic threads, and machine embroidery have introduced new styles and techniques into the craft, and  the growth of online communities of embroiderers have transformed the way newcomers learn, share, and are inspired by their craft.  Yet, through all of these technological advances, the craft has remained grounded in its long-standing traditions.

The growth of artificial intelligence and computational creativity  have the potential to once again transform this handcraft.

Hoopla is a computational creativity project involving an AI system  that designs embroidery sampler patterns that are then hand-stitched. The system chooses color palettes and quotes from internet sources, and pairs them with procedurally generated motifs to decorate the remainder of the sampler. The result is a digital aesthetic rendered with human, physical labor. Hooplainterrogates the relationship between the digital and physical, new technology and old traditions; the predominantly masculine world of computation and the predominantly feminine world of needlepoint.

Hoopla was commissioned by Science Gallery Dublin for their 2017 show “Humans Need Not Apply“. 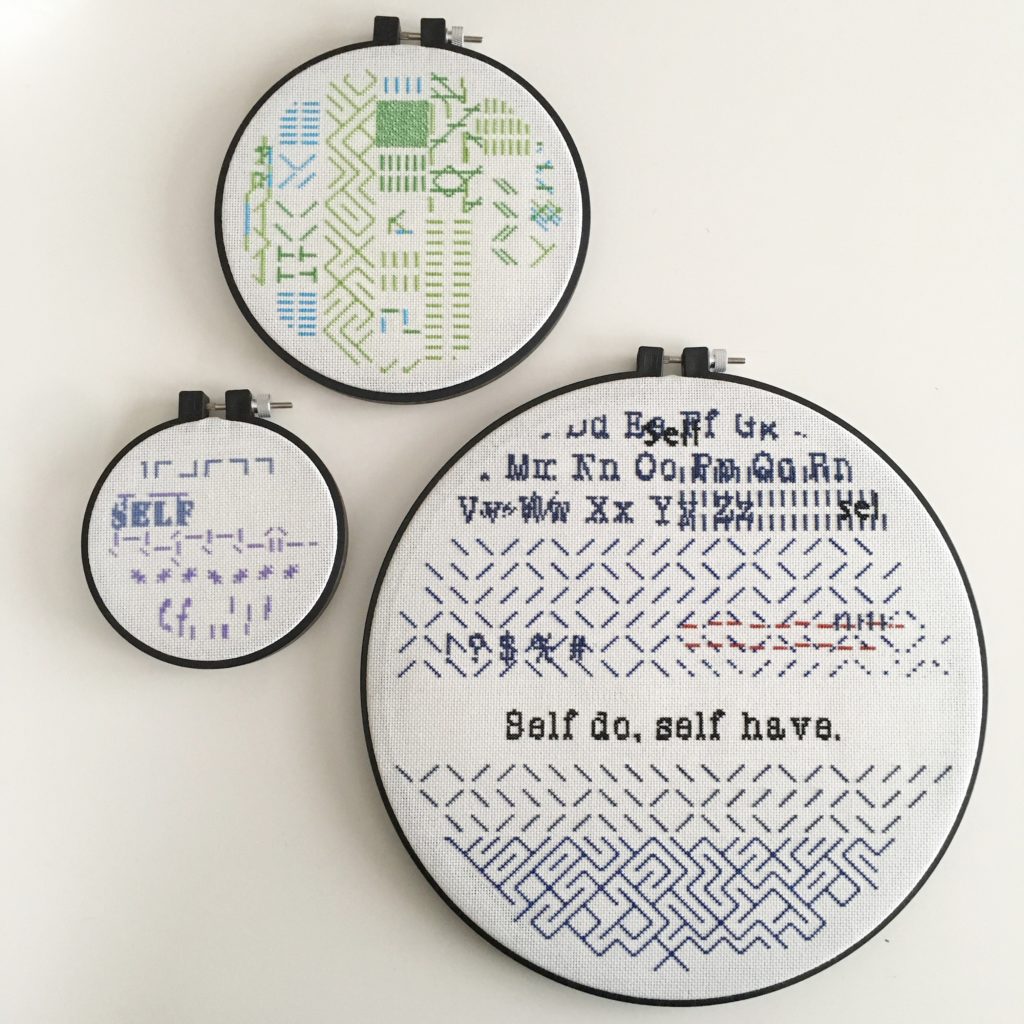